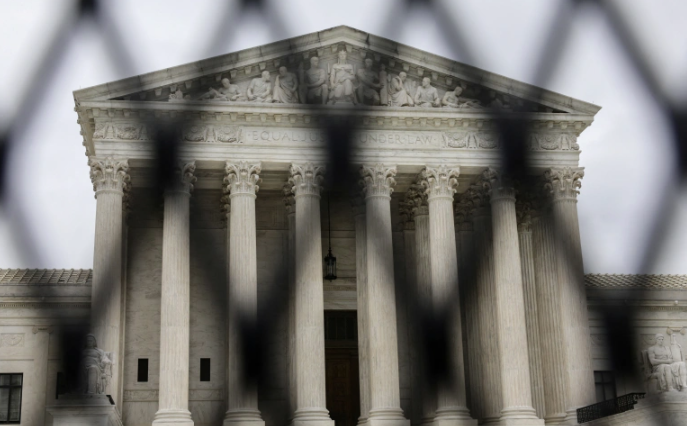 The US Senate will vote next week on a bill asserting that abortions are legal in the United States, Democratic Majority Leader Chuck Schumer has said, in a push that will likely be blocked by Republicans.

Speaking on the Senate floor on Thursday, Schumer suggested that the vote aims to show that Republicans oppose reproductive rights, amid national outrage over a leaked Supreme Court draft decision that would revoke the constitutional right to abortion in the United States.

“Next week, the American people will see crystal clear that when given the chance to right this wrong, the Republican Party will either side with the extremists who want to ban abortion without exceptions, or side with women, with families and with the vast majority of Americans,” he said.

Roe v Wade – the landmark 1973 precedent that made abortions legal – interpreted the Constitution as guaranteeing the right to abortion, but Congress never passed legislation to codify the ruling into federal law.

Earlier this week, a draft Supreme Court ruling that was leaked to the press indicated that the court’s conservative majority is likely to overturn Roe and give the authority to regulate abortions to US states, several of which have tried to pass laws to ban the procedure.

“It is time to heed the Constitution and return the issue of abortion to the people’s elected representatives,” Justice Samuel Alito – a George W Bush appointee – wrote in the preliminary decision, which was first published by Politico late on Monday.

The court confirmed the draft’s authenticity on Tuesday, but said it was not final.

Schumer said he will start the process to pass the Senate bill affirming abortion’s legality on Monday. The House of Representatives passed a measure to codify Roe last year in a 218-211 vote along party lines, with only one Democrat, Congressman Henry Cuellar, opposing it.

Democrats have the thinnest of majorities in the US Senate, but the filibuster, a Senate procedural rule that requires 60 votes to advance most legislation in the 100-member chamber, would allow the Republican minority to block the abortion bill.

On Thursday, Schumer said next week’s vote will expose Republican efforts to curtail women’s rights, saying the conservative US political party’s appointment of “hard-right” judges has led to the likely overruling of Roe v Wade.

All five Supreme Court justices backing the overturning of Roe have been nominated by Republican presidents; three of them were appointed by Donald Trump.

“Republican politicians are telling America’s women, your body, our choice. We cannot allow this vision of America to succeed. Come next week Senate Republicans will have to answer for everything they’ve done over the years to embolden the hard right’s hostility against a woman’s choice.”

While Democrats have pushed to portray Republicans as attacking women’s rights, GOP legislators have expressed concern over the leaking of the draft ruling, saying that it threatens the judiciary’s independence by inviting political pressure on the top court.

“Whoever leaked this draft document obviously intended to create a lot of public pressure, indeed, coercion on the sitting justices to either change their mind or to somehow garner a political issue that they would be able to use to divert the American people’s attention from things like inflation, crime, the border and challenges to our national security and world peace,” Senator John Cornyn, a Texas Republican, said on Thursday.