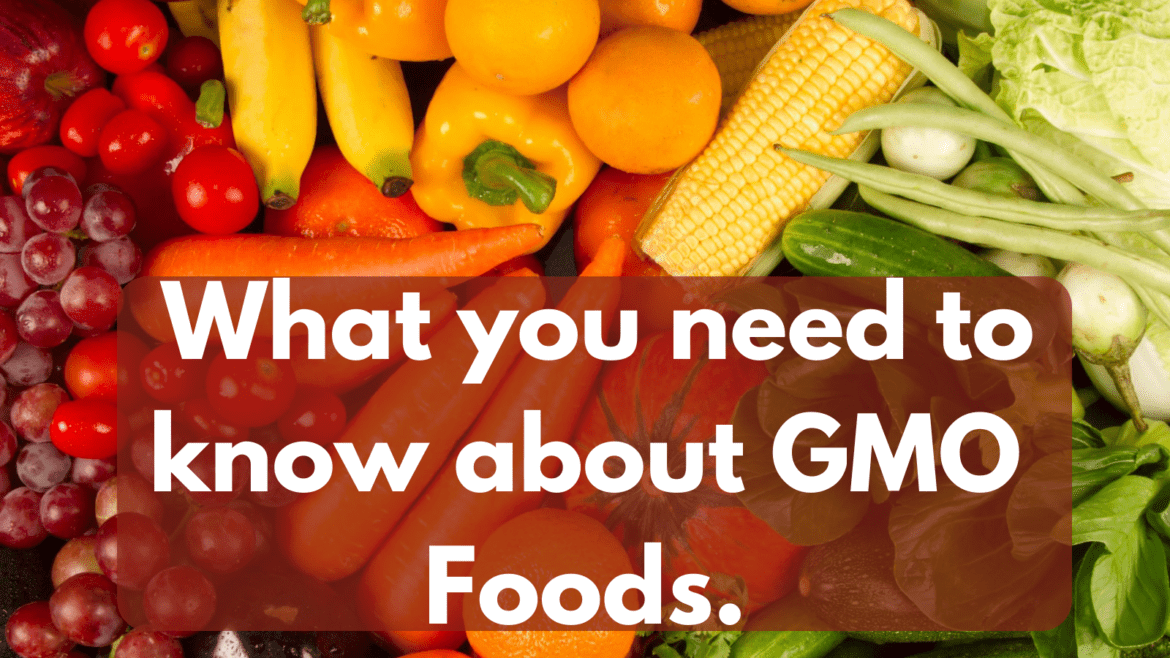 The term “GMO” refers to any organism whose DNA has been altered through the use of genetic engineering technology. GMO crops have had genes added to them in the food industry for a variety of reasons, including improved growth, nutritional content, sustainability, pest resistance, and ease of farming.

While it is possible to naturally impart desirable characteristics to foods through selective breeding, this process takes many generations. Breeders may also struggle to identify the specific genetic change that gave rise to a new trait.

However, in as much as genetically modified organisms (GMOs) make farming easier, there is some concern about their potential impact on the environment and their safety for human consumption, particularly in terms of illnesses and allergies. Below are some of the advantages and disadvantages of using GMO foods.

1. More food can be grown on less land.

GMO crops can be engineered to yield more from the same crop lands. Crop yields can potentially double in some cases when local farmers complete the transition from traditional crops to GMO crops. This makes it possible to meet the food demands of future generations. With the world’s population having hit 8 billion people, there is need for sufficient global food production to feed the population.

2. Possibility of a longer shelf life.

GMO crops can be engineered to last longer once harvested hence allowing the food product’s distribution life to be extended. This allows us to use the existing food distribution infrastructure to send healthy foods all over the places. For this reason, areas experiencing food deserts or shortages can still receive affordable foods that benefit the population.

GMO crops are more resistant to pests, weeds, and other environmental threats. This reduces the need for farmers to apply pesticides or herbicides to their crops, saving them money and potentially increasing the health benefits of the food grown. Farmers can also make more money from their existing croplands because GMO crops produce higher yields. Even sustainability benefits, such as drought resistance, can maintain yields, requiring fewer subsidies.

4. Farmers can improve their soil-care techniques.

Since genetically modified (GMO) crops have a higher overall tolerance, no-till farming methods are becoming more viable. Even if tilling is required, planting a crop may require less. This implies that less irrigation may be required. Nutrient runoff may be reduced and soil erosion prevented.

In humans, the number one most common side effect of consuming GMO foods is allergic reaction. This allergic reaction happens when a certain protein/allergen present in the GMO crop enters the body and stimulates an immune response.

As alluded earlier, genetically modified foods are created by inserting foreign genes into an organism. This process is considered to have adverse effects on humans because these inserted genes may carry specific allergens that trigger such an immune response. In addition, there is also the fear that new allergies could happen because of the mixing of genes from two organisms.

Surprisingly, some genetically modified foods have been reported to be nutritionally deficient. Since genetic engineering focuses on increasing crop production, extending crop lifespan, and preventing pests, the nutritional value of some crops is sometimes compromised. This discovery also suggested that making a plant more resistant to pests reduces the antioxidant phytochemicals. As a result, by genetically modifying foods, quantity is sacrificed for quality.

GMO food may also increase toxin production to levels that are already harmful to humans. Toxins produced when the “Gene of Interest” is damaged during the insertion process may cause this. Another reason is that the inserted gene is not widely accepted by the recipient organism because it disrupts its metabolic pathway. Thus, by eating such toxins-containing foods, the possibility of ingesting the toxin and being harmed by it exists.

4. It raises concerns about the future of agriculture.

GMOs are created by inserting new genetic material into an organism’s genome. In agricultural ecology, this entails inserting new genes into the genomes of crops such as corn. Research on the effects of large-scale GM crop cultivation has raised a number of concerns, particularly about the effects of GMO strains on ecosystems. Certain studies have shown that GMO strains have the potential to change agriculture.