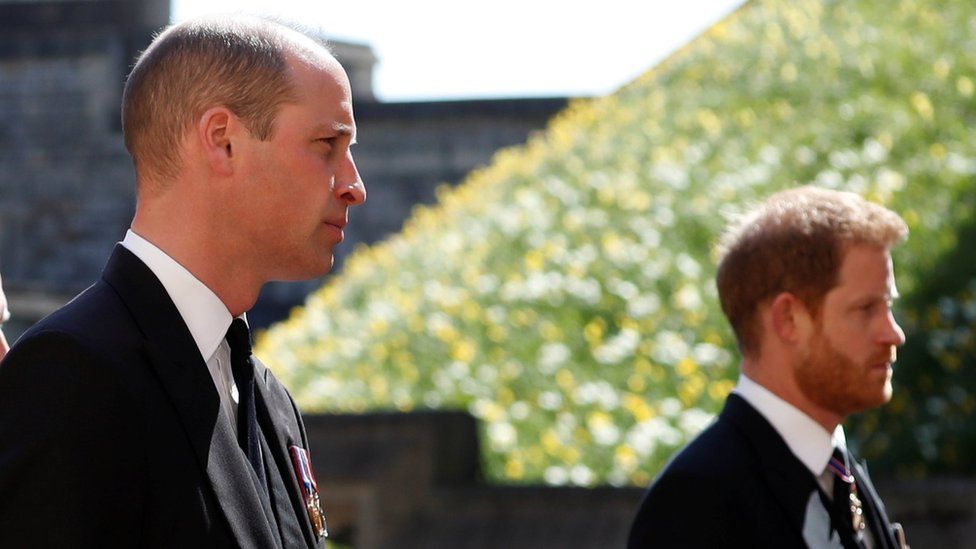 The Dukes of Cambridge and Sussex will meet later to unveil a statue of their mother, Diana, Princess of Wales, on what would have been her 60th birthday.

The event will be William and Harry’s first appearance together since the Duke of Edinburgh’s funeral in April.

Commissioned by the brothers in 2017, the statue will stand in Kensington Palace’s redesigned Sunken Garden.

At the time, they said they hoped it would help visitors to the palace “reflect on her life and her legacy”.

Harry, who lives in the US with his wife, the Duchess of Sussex, and their two children, arrived in the UK last week in order to complete his quarantine ahead of Thursday’s event.

On Wednesday, he paid a surprise visit to children’s charity WellChild’s awards ceremony for seriously ill children in the UK.

Kensington Palace confirmed that, in addition to the royal brothers, members of Diana’s close family will attend the unveiling, as will the committee that oversaw the statue’s creation and the redesign of the garden that will be its home.

Ian Rank-Broadley, who has a long track record of creating images of the Royal Family, was chosen to sculpt it, and he will also be among the guests.

The ceremony – scaled back due to Covid restrictions – will be a “small event and a very personal moment for the family”, a source told the PA News agency.

Kensington Palace said the Sunken Garden had been “one of the princess’s favourite locations” when she lived there.

More than 4,000 flowers have been planted for the garden’s redesign, which has taken 1,000 hours to complete.

The garden, which sits within London’s Hyde Park, will be open to the public to visit for free from tomorrow, in line with Kensington Palace’s opening hours.

Speaking about his mother’s death in a recent interview, Harry said he had been willing to drink and take drugs to cope with the pain of losing her.

He also spoke of his family’s unwillingness to talk about the death, and how he was expected to “suffer” in silence.

The comments, along with a series of other revelations, followed the Sussexes’ decision to step down as senior royals at the beginning of 2020.

Ian Rank-Broadley is no stranger to depicting royalty. His effigy of the Queen appeared on all UK and Commonwealth coins since 1998, while another of his likenesses of the monarch appears on a plaque at the Supreme Court in Parliament Square.

Earlier this month a limited-edition £5 coin commemorating the life of the Duke of Edinburgh featuring Rank-Broadley’s likeness of Prince Philip was unveiled on Armed Forces Day.

Two of his sculptures – a group of stretcher bearers carrying a wounded soldier and another group tending to an injured comrade – can be seen at the National Memorial Arboretum in Staffordshire.

His other work includes a sculpture of a machine gunner that stands on the Royal Anglian Regimental Memorial at the Imperial War Museum in Duxford, Cambridgeshire.