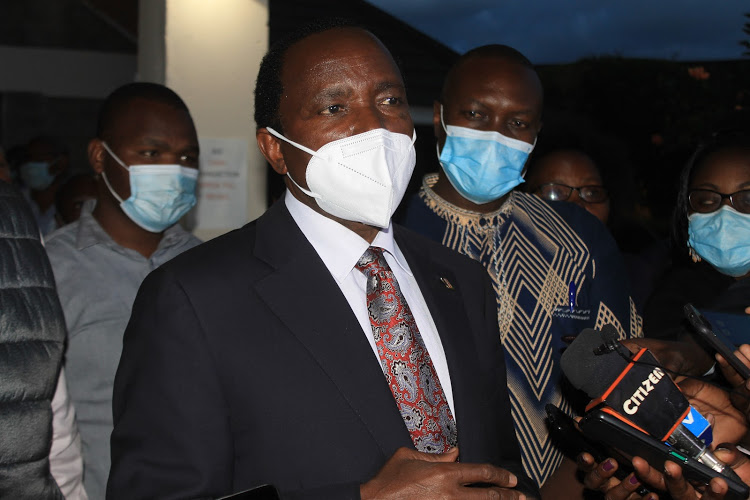 The Wiper Democratic Movement has embarked on membership registration drive as it seeks to bolster its stakes in an alliance with other parties ahead of the 2022 presidential election.

The Kalonzo Musyoka-led Party has resorted to physical registration in the grassroots, as opposed to online registration as part of new measures to boost its membership.

The drive is being undertaken by the party’s elected leaders in their regions.

Kilome Member of Parliament Theddius Nzambia and his Kitui West counterpart Edith Nyenze have been in the forefront spearheading the exercise, in readiness for the 2022 general elections.

“Our mission is to empower the residents of Kitui West to have the tools to choose the best leaders who will deliver development to them,” she said.

Nyenze noted that the Ukambani region has the potential to attain atleast three million registered voters, if residents could come out in numbers to register.

“We want our Party Leader Hon. Kalonzo Musyoka to be the next President so we must boost our numbers so that other communities will respect and join us,” stated Nyenze.

The Orange Democratic Party scrapped party membership fees for a period of three months effective July, as part of measures to woo supporters to enlist as members.

ODM Secretary General Edwin Sifuna said those seeking to join the party should take advantage of the three months window running from July to September.

He said it’s also necessary for supporters to enlist as members so as to take part in the upcoming party’s grassroots elections and nominations exercise.

The United Democratic Movement associated with Deputy President William Ruto launched a popularization drive countrywide in April, to give the party a head start in the 2022 elections.

UDA regional coordinators are leading multiple registration drives from across all the 47 counties.