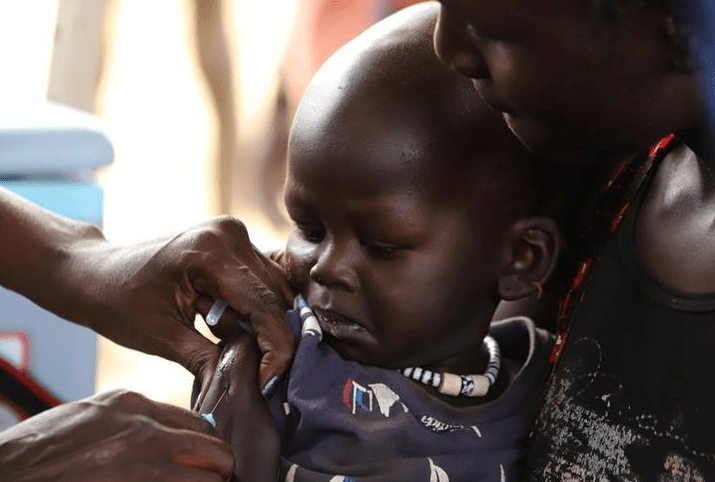 HARARE, Aug 16 (Reuters) – A measles outbreak in Zimbabwe has killed 157 children with the death toll nearly doubling in just under a week, the information minister said on Tuesday.

The government last week blamed apostolic church sects for the surge in infections, saying measles was largely prevalent among those who had not received vaccinations.

The total number of suspected cases nationwide has jumped from 1,036 to 2,056 in four days, information minister Monica Mutsvangwa said in a post-cabinet briefing.

Most reported cases are among children aged between six months and 15 from religious sects who do not believe in vaccination.

“It has been noted that most cases have not received vaccination to protect against measles. Government has invoked the Civil Protection Unit Act to deal with this emergency,” Mutsvangwa said.

While the health ministry scales up its vaccination programme before schools open in September, the government has reached out to traditional and faith leaders for their support, she added.

The measles outbreak is set to pose a further strain on Zimbabwe’s health sector, which has long suffered from a lack of drugs and strikes by health workers.